Leeds, The UK’s most compassionate city

Leeds is the third biggest city in the UK, located in the North of England. While it may not necessarily appear on tourists’ top bucket list destinations, The City Council is determined to make it the best city in the UK.

A recent study showed that 114 neighbourhoods in Leeds (24% of the total area of the city) are ranked in the top 10% most deprived places in the UK. To solve this problem, the Leeds City Council has come up with a strategy primarily based on harnessing compassion. Creating more funds for start-ups and enabling tech hubs are also part and parcel of the plan, yet the primary focus is building compassionate communities.

Their strategy involves tackling poverty and reducing inequalities in compassionate and caring ways. The pillars and key priorities of the “Best City” aim are inclusive growth, health and well-being, sustainable infrastructure, child-friendly and age-friendly city, housing, strong communities, and culture.

On top of this ambition, the Council also aims to have zero carbon emissions by 2030. They are moving swiftly in this direction, as a result of the effective measures that they implemented. To name a couple, they bought the largest local government electric vehicle fleet in the UK and organised a tree planting scheme.

The inclusive growth pillar focuses on the unemployment rate, productivity, and salaries under the minimum wage. These were key players that affected the high-poverty areas of Leeds. They are being tackled by improving the education and healthcare systems. Transforming the city centre into an economic powerhouse is the second part of the plan. The council is also helping the residents improve their skills by supporting training and apprenticeships for people with fewer qualifications.

One aspect that can make a difference to someone’s satisfaction with their home is the community. Thus, Leeds City Council has made it one of their top priorities to build strong and safe communities for its residents. The measures put in place involve more effective community officers, better responsiveness to complaints, and ensuring that all voices are being heard. 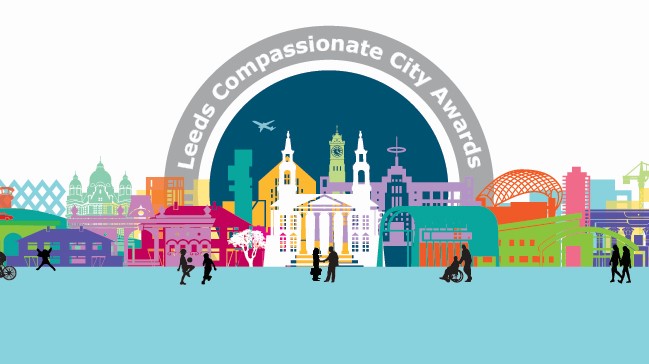 To encourage the compassionate theme across all Leeds communities, the council has initiated a ceremony that celebrates the people or organisations whose positive impact stands out. The Leeds Compassionate City Awards run every year and it works based on nominations. This is a fantastic way to inspire more individuals to act compassionately towards their peers. Some of the rewarded categories include the Health and Wellbeing award, the Community project of the year, Outstanding achievement of the year or Diversity project of the year. Due to the pandemic, the ceremony will be held in a different manner, but it will still take place on 10th December.

Particularly with the diversity of the Leeds population, discouraging race hate became imperative. As a result of their efforts, 82% of people surveyed said they felt safe in their community, 76% said they were satisfied with it and the anti-social behaviour was down 14% compared to the previous year.

The compassion theme plays perhaps the key role in the age-friendly city priority. They base this strategy on making everyone feel welcome and looked after in Leeds, regardless of age. Their approach visualises Leeds as being the best place to grow old by promoting citizenship. The focus is on building strong social networks, universal services and reduction of social exclusion.

To bring out innovative ways of tackling aging concerns, Leeds partnered up with the Centre of Aging Better and committed to the shared vision of the World Health Organisation’s (WHO) Decade of Healthy Aging.

While Leeds’ Best City Plan 20-25 may sound ambitious, the council is determined to achieve it. Besides making steady progress, they measure their results every step of the way. Some of their data collections are Income Deprivation Affecting Older People Index, healthy life expectancy, the number of people supported into work, the percentage of working-age Leeds residents, etc.